Another year done and what a year it’s been. I feel like I’m saying that every week, but December for me is about reflection and unfortunately there’s a lot to reflect on 🙂 .

Luckily, we are talking about positives here! I saved a surprising amount in 2020, so let’s dive into how I did it, where the money came from and where my net worth stands at this point. As a reminder, I quit my job at the beginning of October 2020 to retire at 30. So let’s do this!

It turns out that I had an annual salary of $114,229.45 in 2020. It always varies based on how much of our stretch bonus I receive, but after being told I was not receiving my last bonus and then fighting for it, I can add over $2,000 to that amount. Persistence pays off 😉 .

Despite my best efforts, I accidentally made some extra money this year 😉 . Previously, I’d want to roll my eyes when early retirees said they ‘accidentally’ made money, but I have to eat my foot (…or is it hat? where does this phrase come from?!) and say that Past Purple needs to suspend her disbelief because it’s true.

When working towards early retirement, I was VERY clear that my entire goal was to “Do Nothing.” I wanted to lie facedown on a couch until I got bored of it, which I assumed would take several months….if not years 😉 . Instead, I have become intricately entwined with this financial independence community to the point where most of my friends are now from this circle.

I thought I would retire to a complete slug existence that would allow me to rest after a decade of working my ass off and also “thumb my nose” at all those ‘productivity peeps’ who think I can’t just do nothing forever 😉 . My belief that I would be happy doing ‘nothing’ is based on the fact that that’s what my Mom seems to have done for 6 years of retirement – chilled, traveled and helped her family.

Well, it turns out I was wrong: I’ve done shit. My bad 🙂 . I’ve also reclassified what my Mom has been doing as almost the complete opposite of “nothing”. Within helping her family, for example, she’s been helping take care of my baby cousin while his parents worked. And after only a week of assisting her in doing that, I can confirm it is the farthest thing from nothing. I’ve never been so tired in my life 🙂 .

Anyway, with that context, let’s see what I made this year outside of my day job. Note that I’m only counting what’s actually hit my bank account so far this year. In the case of blog monetization specifically this is because most payments are 2 or more months delayed and at times are not paid at all, so I’m only counting the amounts that are in my account since I know they are legit 🙂 .

All other numbers that come through will show up on next year’s annual summary. As a side note, if you want to see how blogging is a great way to quickly replace your income and become a millionaire in 5 seconds – look below!…I’m obviously joking 🙂 .

Anyway, here’s what I’ve received in my “other income” checking account this year:

Shockingly, this blog made money this year. And because I didn’t have a lot of large expenses, such as the conference I attended last year, that profit was way larger than I expected. However, before you think blogging is the path to riches, please check out this tweet I sent in August:

TL;DR: Blogging is not at all a good way to make money – fast or at all. I do it because I love it and was lucky that on my 6th year of doing it it started paying for itself 🙂 . So, what’s next?

I’ve promised that I will continue blogging weekly until the anniversary of my retirement (October 2021). At that time I will assess (1) If I want to keep blogging at all and (2) If so, what my new schedule will be (Weekly? Monthly? Quarterly? Once in a Blue Moon?). Anyway, regardless of that decision, we shall see if this level of income continues until then, but luckily – I don’t care because I don’t need the money 🙂 .

I was asked to do basically a live podcast for a closed finance group for free and I agreed 🙂 . Later, the leader of that group said that she would like to pay me for my time so that’s what this is from. To be clear, podcasts do not usually pay their guests. I was tickled to find someone online who thought I was rolling in additional income because I was “raking in podcast dough” because yeah, that’s not a thing. Podcasts are free.

Anyway, I had a lot of fun doing this live podcast format with that group and since then I’ve done another virtual meet/greet Q&A type thing (once again, for free). I suspect this will be an anomaly in my income going forward, which is fine with me. It was cool to get paid for my time, but just chatting with y’all is a reward in and of itself 🙂 .

After a few threats from friends, I created a Patreon for the 20% of the recipients of my weekly Accountability Beast tweets who want to pay for the service (the rest are on the free.99 plan 😉 ). Every Wednesday, I take to Twitter and remind people of their goals…and bother them until they accomplish them 🙂 .

Surprisingly, a few readers have also joined the Patreon this year just because they like what I do here and want to support it (Thank you Vron and Ariana! You’re too kind 🙂 ). Not bad for a weekly tweet thread that I happily did for free for almost a year.

I mentioned in this post that I began to dabble last summer with the wonders of apps like Freebird and Pei. They give you cash back on things you’re already buying like Uber and Lyft rides for Freebird and basically everything else on Pei 🙂 . I’ve enjoyed gathering some extra money here without lifting a finger – it’s my favorite way to save money 😉 .

Heads up that for Freebird, you can use the code l3575 to get $10 after your first 2 rides and with Pei you can get $20 back on your first linked purchase with code aa7ynk.

My partner and I became nomads in July of this year and to do so, we sold everything we owned. I did so slowly over the course of several months in the hope that I would recoup some costs – or as it turned out in some instances – turn a profit! So this is what I made by selling my used stuff on Facebook Marketplace. Check out this post if you want details on how I did it.

I find this a little silly because I’m in no way struggling, but I qualified for a partial stimulus payment – a little less than half of the total amount. I worked to put the money into our local Seattle economy by helping to keep our favorite small restaurants alive and tipping even more than usual. So far none of them have shut down so I’m feeling pretty good about our small part in that 🙂 .

This wasn’t really income, but it was an inflow of cash, so I included it here. I was nominated to receive money from a fund started by Jillian Johnsrud for self-care at the height of the #BlackLivesMatter protests. I was honored to be nominated even though I’ve tried to make it as clear as possible that I’m not hard up for money 🙂 .

However, if it makes people feel better to push me to do some self-care, I won’t stop you! I spent this money on fancy Holo Taco nail polish, top coat and polish remover, nicer conditioner, La Croix seltzer (I usually get the name brand), fancier face masks and eyeliner – all things that make me feel a little better 🙂 .  And that’s all logged in my normal annual spending report that’s coming out later this month. Thank you so much again for the nomination and the gift!

Mom: I was cleaning out your old room and found a container with coins in it. I had it converted to cash and it was $68. What were you doing with all those coins?!
Me: I guess the money hoarding started early…#FIRE pic.twitter.com/XmegREfCk7

My Mom found a hoard of coins in my childhood bedroom, got them converted to cash and sent it to me. Afterwards, I asked her how she converted the money and she told me Coinstar. I explained to her that they actually take a large cut when you convert coins to bills there so I actually had more than $68 😉 . It was still a lovely surprise though.

Also a heads up: I learned later that Coinstar has an option of converting coins to Amazon Gift Cards and if you do that, they don’t take a cut (I imagine they get the cards at a discount and that’s how they make their portion). Anyway, wins all around!

This is interest I received from my high-interest Ally savings account. They have understandably continued to chop interest rates from 2% when I started, to 0.5% currently. However, that rate is still way better than that 0.05% I get in my regular savings account so I’m continuing to use them to store some of my retirement cash cushion.

It looks like this year I’m going to spend a little less than $16,000, which I’ll go into detail about in my annual spending post later this month 🙂 . This amount is obviously way less than the $20,000 I budgeted for retirement and also less than the $18,000 I usually spent in Seattle. 2020 has been a weird year in many ways, but it’s been a great one for my wallet in that I’ve learned how to be happy staying home and enjoying simple pleasures, which is surprisingly cheap 🙂 .

My 100% stock portfolio is currently up 19% and as of this writing my net worth is $610,285. Since 2019 my net worth rose $169,114 or 27%. Given that I only saved $62K of that this increase is shocking to me given the year we’ve had, but once again I am being taught that I cannot predict the future and I made the right choice by not altering my path even when it looked like the world was starting to implode in March. I kept investing, kept saving and against all odds hit my FIRE number in July and retired in October. The power of the stock market and compound interest is still shocking to me.

And that’s it. My goal for next year is pretty straightforward:

Did you hit your monetary goals during this wild year?

About A Purple Life 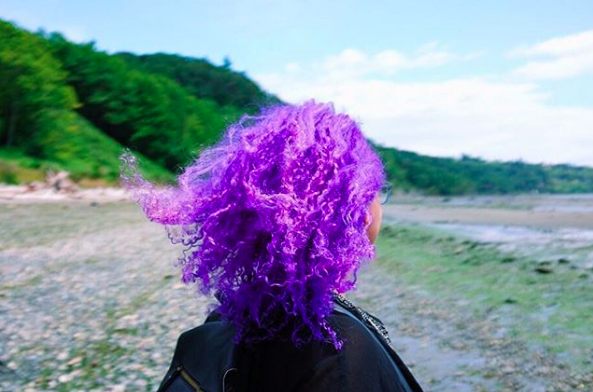 Hi! In 2015 I started this blog and hatched a plan to retire in 10 years at 35. With the help of decreased spending, increased wages, and geoarbitrage I reached my goal in half the time and retired in 2020 at age 30. This blog catalogs my journey to and through early retirement.

This state park we stumbled upon is adorable and g

Book Review 📚: This is one of the best books I

This place has great donuts though they are quite

@Dinosaur_BBQ was a disappointing experience😬.

@The_Moose_Kaboose stamps a moose on top of their